Two Curlew fitted with tags provided by Rijkswaterstaat/Bureau Waardenburg at The Skern, Northam on 7 November 2021 have now departed from the Taw-Torridge for their breeding grounds. One seems to be settled in Gloucestershire and the other is in County Durham.

Metal ring FJ28761 was around the Taw-Torridge area until 22 February (last fix 18 hrs) when it was recorded flying just north of Cardiff on 22 February (20 hrs) before the next fix just north of Bredon at 22 hrs (looking like a single flight over a few hours). The bird has remained on some meadows bordering the River Avon since. 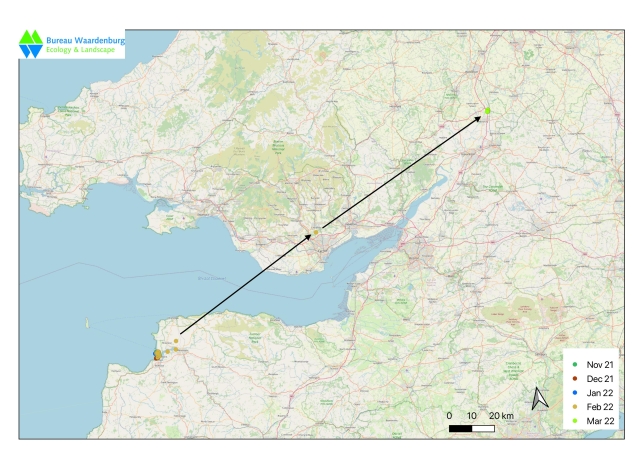 Metal ring FJ28752 remained around the Taw-Torridge area until 23 February. The next fix was on 1 March when the bird appeared in the Stang Forest near Barnard Castle in County Durham. 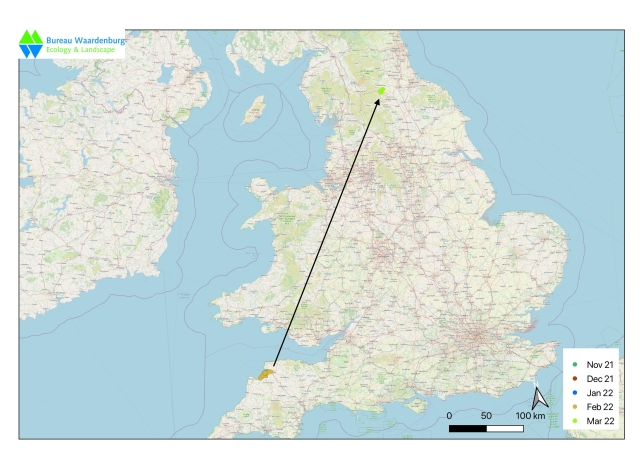